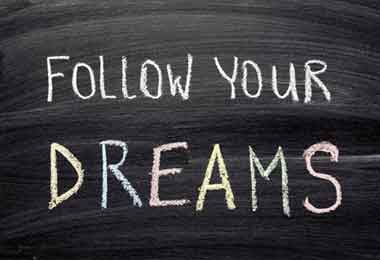 When I graduated from high school, I had no idea as to what I wanted to major in, in college. I didn’t even know if I wanted to go to college. At 17 years old, all I wanted to do was run my mouth and make people laugh. But my father, Bennie wasn’t going for that. “What you want to do, stay in Saginaw, have a bunch of babies and get on welfare? Or go to college and get a degree?” Bennie said.  I couldn’t dare have said I wanted to just fuck and have babies, that wouldn’t have ended well for me. So I enrolled into college and moved to Atlanta.  When people would ask me what was my major, I would say “comedy” and everybody would laugh. I really wanted to do comedy. I wanted to make people laugh and for everyone to have a good time. One day, a family friend heard me say I wanted to be a comedian and she went off telling me how broke comedians and actors are and how all they do is wait tables and blah blah blah. She snatched my dream right out of the sky and I settled down and focused on my degree.

Still in the back in my mind and deep in my spirit, I wanted to give comedy a try. I would joke around with my friends and tell them, one day you will see me on T.V doing stand up and I’m going to be good and I’m going to clown your ass in the audience. We would laugh and crack jokes on everybody.

Fast forward to March 2010, I got laid off from my job of 12+ years. One month passed, three months passed and still no job.  One day, I was talking to my friend Toya and we were laughing and clowning on the phone. She was like “You should be a comedian!” I was like what did you say? Knowing that I have never shared that with her, it was my confirmation that I need to do something that I always wanted to do, now that I had the time. Here I was with several college degrees and no job. In the back of my mind, the speech that the family friend gave me back when I was 18 years old popped in my head.  This time, I was able to put that speech to rest and follow my original dream.  God didn’t put this dream in my heart for me not to try it.  So, I signed up for Jeff Justice comedy workshoppe and I haven’t looked back since.  Comedy has taught me so much about myself and other people. But when I get on that stage and stand in front of people and make people laugh, it’s nostalgia.

Nothing beats a failure but a try. As Joel Osteen would say, God put that in your heart because he’s bringing you to it to bring you through it. So Don’t give up on your dreams!

Chase your dreams and enjoy the ride.